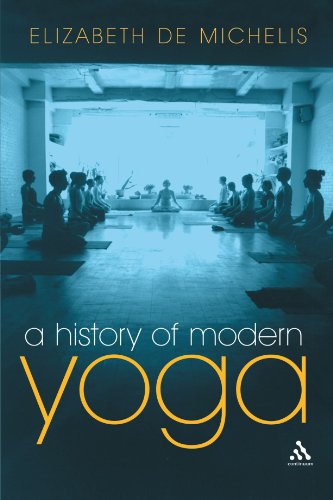 A History of Modern Yoga traces the roots of Modern Yoga back to the spread of western esoteric ideas in 18th century Bengal's intellectual circles. In due course Raja Yoga, published by Vivekananda in 1896, became the seminal text of Modern Yoga largely because, the author shows, it reconfigured the Yoga Sutras of Patanjali along the lines of a then emerging New Age Occultistic style of secularised and individualistically oriented religiosity. With regard to 20th century developments, this book proposes a four-fold typology of Modern Yoga comprising Modern Psychosomatic, Modern Meditational, Modern Postural and Modern Denominational forms. Iyengar Yoga, one of the most influential schools of Modern Postural Yoga, is then analyzed in the light of this framework, while the conclusion shows how a typical Modern Postural Yoga session may be interpreted to reveal the forms and contents of a healing ritual of secular religion. Elizabeth De Michelis is Director of the Dharam Hinduja Institute of Indic Research at the Centre for Advanced Religious and Theological Studies, Faculty of Divinity, University of Cambridge.

Review
'carefully researched and closely-argued . . . Far more than a reconstruction of the history of Modern Yoga, the book is an important contribution to the history of Orientalism, the Brahmo Samaj, and Neo-Vedanta.' Prof David Gordon White Department of Religious Studies University of California, Santa Barbara

'...Likely to stimulate debate...researchers working in the fields that Elizabeth De Michelis spans will find this an interesting and, at certain points, provocative study.' Volume 21, Number 1--Sanford Lakoff "Journal Of Contemporary Religion "

'...De Michelis greatly adds to our knowledge of how contemporary presentations of yoga differ from earlier ones.'--Sanford Lakoff