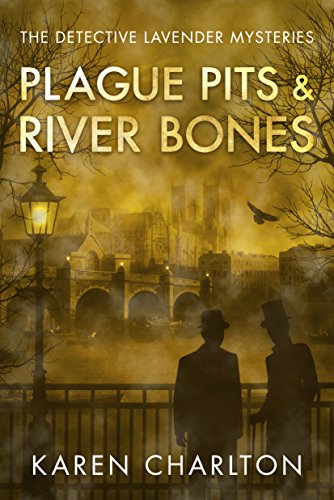 London, 1812: Treacherous gangs roam the capital, and not even the Palace of Westminster is safe. When Detective Stephen Lavender is called in to investigate a highway robbery and a cold-blooded murder, both the cases take a dangerous and disturbing personal twist.

And when Lavender’s trusted deputy, Constable Ned Woods, finds a mysterious severed foot washed up on Greenwich Beach, they soon realise that these ancient bones are more sinister than they first appeared.

With Bow Street Police Office undermanned and in disarray, it will take all of Lavender and Woods’s wit and skill—and some help from Lavender’s spirited wife, Magdalena—to unmask the fiend behind the mayhem, restore peace and justice to the beleaguered city and solve the tragic mystery of the severed foot.

But will they do so in time to foil a plot that threatens to plunge the country into chaos?